Nullification is Superior and the Majority Knows it

By: Brian Roberts|Published on: May 29, 2013|Categories: Featured, Nullification, Tenther 101 A recent Rasmussen poll indicates that “38% Favor Their State Blocking Federal Anti-Gun Laws” and a whopping “52 percent of mainstream voters think states should have the right to block any federal laws they disagree with on legal grounds.” And this week, a nullification-friendly Washington Times article from the paper’s editorial board was published stating: “nullification is a growing movement with support on both sides of the political aisle.”

The Washington Times article hints at the reason for this shift in sentiment, “…something needs to be done to check the intrusion of the federal bureaucracy into our lives.” The federal government has failed to keep itself within the confines of the Constitution and state-level nullification is the best solution. Given the obvious inability of “vote the bum’s out”, “rule it unconstitutional”, or “march on DC” to curtail federal infringements it’s really no surprise.

The problem with these approaches is that they require the federal government to police itself. This is something that will never happen and the founders warned us against such foolish thinking.

Jefferson considered the Tenth Amendment and the power held by states to be the cornerstone of the Constitution’s ability to restrain the general government. In 1791, when challenging Hamilton’s proposed expansion of federal power, Jefferson indicated:

“I consider the foundation of the Constitution as laid on this ground: That “all powers not delegated to the United States by the Constitution, nor prohibited by it to the States, are reserved to the States or to the people.” [10th Amendment]. To take a single step beyond the boundaries thus specifically drawn around the powers of Congress is to take possession of a boundless field of power, no longer susceptible of any definition.”

Recently, attacks on our Constitution and Bill of Rights have become more obvious. Even fundamental American guarantees such as gun rights, due process rights, and freedom of speech rights have been challenged. Concerned citizens looking for solutions to protect themselves from the federal government’s intrusions find nullification, once discovered, quite attractive. They also find themselves in good company, as historically state resistance to the general government’s oversteps is a key component of our check on federal power.

From a practical perspective, nullification provides results that other options cannot:

In other words, only nullification provides a roadmap to a local, legitimate base of political power necessary to counter aggressive actions out of Washington DC.

As further evidence of the growing frustration with federal policies, a recent poll published by Fox News suggests that “nearly a third of registered voters — 29 percent — believe an ‘armed revolution’ might be necessary in the next few years in order to protect liberties.” That’s a significant number of registered voters that feel disenfranchised.

As a Constitutional Republic consisting of several sovereign states, each state is equipped to protect liberty peacefully. The Bill of Rights strictly rejects federal liberty encroachment, and state sovereignty provides a way for differing ideas and laws to be implemented locally. Unfortunately, we have spent decades denying our own foundational principles of decentralized states and reeducating our citizens to a federal supremacist mindset. This mindset is the core problem because it hides from plain view the primary tool necessary to resolve federal infringements on liberty peacefully: state-level nullification.

When states use nullification and say “no”, the People are using a mechanism that will corner the federal government into recognizing  the limitations placed on it by the Constitution. This is a demand, not a petition, not a future threat that the bums will be voted out, not a plea to a court to present an opinion that might be in line with the Constitution. They are placing their state between them and federal abuses of liberty.

This poll goes on to point out that “18 percent of Democrats think an armed revolution may be necessary” and “44 percent of Republicans”. Clearly defense of liberty is not an R versus D issue, and this poll suggests that America faces a polar division on the country’s future direction. This division is a direct result of the fear that every issue must be centrally solved and the rest of the country must be forced to adhere to the “national solution”. It doesn’t have to be that way.

State sovereignty and more local discretion can provide a buffer to rising tensions by allowing diverse political decision making. We celebrate diversity in most other aspects of American life, often for good reason. Why not celebrate and embrace a diversity of politics that encourages differing states to build on their regional strengths and preferences? Why do we as as a country accept the federal government’s stubborn insistence on “one size fits all” policies from DC? Without this misguided acceptance each state could have a customized set of laws that more closely fit the state citizen’s desires, eliminating calls for armed revolution. This is Federalism 101 folks.

Nullification is far superior to armed revolution as it allows one state to have policies that differ from another. No violence needed. No legislation has to be “right”, it just needs to be “right for its individual state”. Bad legislation can be met with reductions in taxpayer base, not armed conflict, as people move to a state more consistent with their individual politics and needs. And since each state can have varying policies, the level of discontent is reduced.

Notice the free market’s embrace of decentralization. Advances in the business processes and manufacturing techniques are taking products to new heights of customization while the federal government is promoting an ancient premise of no choices, demanding that “you will comply”. Which is more progressive, more liberating?

The introduction of the 3D printer is a perfect example of the free market revolutionizing individual customization by allowing anyone to design their own product and print it out as a real-world object. This exemplifies huge advances when compared to the early industrial revolution’s centralized big factories and labor unions.

Ironically, this liberation of technology is met with the iron fist of the federal government who is intent on hindering these advances. In an age of  decentralized “just-in-time” manufacturing of custom products with custom colors and custom functionality, it is old-school and backwards to promote a centralized governing attitude that mimics Henry Ford’s famous quote: “People can have the Model T in any color – so long as it’s black”.

The founding fathers were quite brilliant when they designed a federal government that shared power with individual state governments. After decades of ignoring the real power of the people to use state governments to counter bad federal laws, a renewed embrace of nullification will allow state representatives to legislatively reject unconstitutional federal laws.

“The powers delegated to the federal government are few and defined. Those which are to remain in the state governments are numerous and indefinite. The former will be exercised principally on external objects, [such] as war, peace, negotiation, and foreign commerce..The powers reserved to the several states will extend to all the objects which, in the ordinary course of affairs, concern the lives, liberties, and properties of the people.”

States are independent, sovereign entities. They were never intended to by regional administrators of federal laws. In Federalist Paper #39, Madison discusses state sovereignty:

“Each state, in ratifying the constitution, is considered as a sovereign body, independent of all others, and only to be bound by its own voluntary act. In this relation, then, the new constitution will, if established, be a federal and not a national constitution.”

The opinion of the Supreme Court was never envisioned as the absolute source of “constitutional” determination. The supremacy clause requires laws made at the federal level to be made in pursuance of the Constitution.  To entrust the Supreme Court with such power was specifically warned against as reflected on by Jefferson:

“….To consider the judges as the ultimate arbiters of all constitutional questions is a very dangerous doctrine indeed, and one which would place us under the despotism of an oligarchy. Our judges are as honest as other men and not more so. They have with others the same passions for party, for power, and the privilege of their corps…and their power is more dangerous as they are in office for life and not responsible, as the other functionaries are, to the elective control. The Constitution has erected no such tribunal, knowing that to whatever hands confided, with the corruption of time and party, its members would become despots….”

Nullification is the correct response to federal oversteps. A sovereign state is well within its rights to use nullification as a diplomatic means to reject an unconstitutional federal mandate.  In the Kentucky Resolutions of 1798 Jefferson wrote: “…in questions of power then, let no more be heard of confidence in man, but bind him down from mischief by the chains of the constitution…” and that “…whensoever the General Government assumes undelegated powers, its acts are unauthoritative, void, and of no force. ..” Further, Jefferson provided the solution to the problem we face today stating that “nullification…is the rightful remedy” when the federal government seeks to extend its influence beyond the limitations of the Constitution.

The role of the individual 50 states in modern America has been minimized to a dangerous level that has created a system that is out of balance and ripe for disruption. In order for peaceful recourse to occur and liberty to be maintained, states must regain their proper role in the American system and they can begin by simply saying “no” legislatively, then saying “no” again. 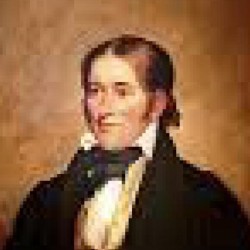 Brian Roberts
Brian Roberts is a long-time volunteer with the Texas TAC and a regular contributor to the Tenth Amendment Center website.