The Case for Restoring the State Militia System

When a polity loses both its voice in international affairs and defense, it loses its ability to define its own identity and destiny. That is exactly what has happened to the American states since the start of the 20th century. Perhaps it is time to consider restoring the state militia system.

This assertion may seem strange, given that the conduct of foreign affairs, declarations of war, etc. were always claimed by the federal government under the Constitution. In the sense that it is still the same institutions that conduct these affairs, there is no argument. But it is in the composition of the bodies that decide upon these actions, and of the forces that enact them, that real and negative changes have occurred.

In particular, the institution of the state militia has all but disappeared from the national conversation and from the lives of citizens. Once a mainstay of America’s national defense and the identity of the individual states, the military functions of the few state militias that survive have been virtually extinguished.

Today, the US military operates as a centralized operation, with large numbers of standing troops and a vast budget funding all manner of conventional and unconventional operations. Yet it was not always this way. Once, the role of defense was placed largely in the hands of the state militias.

The state militias, which have largely been subsumed into the National Guard system since the First World War, were once the centerpiece of American defense. For most of the history of the republic, the federal army was small and concerned with the defense of borders and with providing a solid professional core of soldiers in the event of a major conflict. The majority of soldiers in such a war would be composed of members of the state militias.

The militias were formal, but fluid organizations. They did not demand the same degree of time, training, or sacrifice that modern military service now requires. Because the demands were less stringent, every able-bodied citizen could participate without it meaningfully altering their lives or straining their livelihoods. In that sense, the militia could be called a real body of citizen-soldiers made up of men who doing what they understood to be their duty, but who were not professional soldiers.

That distinction, of regiments representing their states within the federal military, is what is most important to understand. A soldier understood that he was fighting for not only the federal cause, but for his state.

Because our military has been federalized and professionalized, our society has lost two important features: the buy-in of the vast majority of able-bodied citizens to the protection of their community, and the voice and identity of the individual states in the conduct of military affairs.

This revered institution ought to be restored to at least some semblance of its former status. Obviously, the realities of modern warfare and the obligation of the United States in the world as they stand would make a sudden and total reversion to the former system both difficult and dangerous. Yet it would be worthwhile to help restore in the American public the sense of collective duty and sense of buy-in to the ideals and values of the republic they defend.

It would also restore the centrality of the states, and if even some units were once again formed out of the states then they could once again reassert their unique political identities in the conduct of American policy.

We have come a long way from frontier militiamen, but the values they represent, and their protection not only of the country but, also of the prerogatives of the states, makes their restoration a worthy priority for supporters of limited federal power. 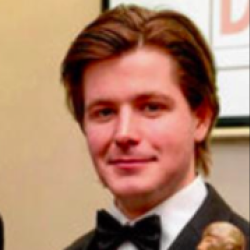