An Idea Whose Time Has Come 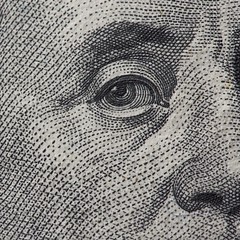 In 1980, Zimbabwe became a sovereign African nation, gaining its independence from the United Kingdom. At that time, their dollar was valued at a higher rate than the U.S. dollar, at a rate of 1 to 1.25. Earlier this decade, President Mugabe—in power since 1987—began to fulfill a long-standing campaign promise to equalize land ownership, through a campaign called Fast Track Land Reform. While white Zimbabweans constituted less than 1% of the population, they owned around 70% of the land. In 2000, Mugabe began to seize and redistribute land owned by whites to black Zimbabweans.

The economy quickly tanked in response to these moves, as well as the resulting sanctions imposed by several Western nations. That year it declined by five percent, then by eight percent in 2001, then twelve percent in 2002. Inflation quickly surpassed normal percentages and increased into the tens, then hundreds, then thousands, and then like an asymptote, skyrocketed towards infinity. At its highest rate, Zimbabwe’s inflation reached a monthly high of nearly 80 billion percent.

I carry in my wallet one of the most potent objects that can be used in teaching others the nature and importance of sound money: a 100 Trillion Zimbabwe Dollar note—the highest amount ever printed. (Get your own!)

In the months prior to the collapse of their currency, Zimbabweans began using foreign currencies as a more stable medium of exchange. The government was quickly forced to legalize such alternative currencies, first licensing hundreds of businesses to sell their wares in foreign currency, and later suspending their currency altogether, legalizing the foreign currencies themselves for use in the country. Gold has become a coveted commodity as individuals look for a more reliable currency with which to engage in commerce.

Zimbabwe is just the latest of a long string of failed fiat currencies. A currency need not undergo hyperinflation, however, to be rendered worthless. Since its inception in 1913, the Federal Reserve Note (“U.S. Dollar”) has lost 96% of its value through a steady (and sinisterly mis-reported) inflation.

As with Zimbabwe, countries with central banks seek to enforce their monopoly on creation (counterfeiting) of the official currency through legal tender laws. In other words, alternative currencies are outlawed as a medium of payment; the legalization of competing currencies would, through the open market, result in the government losing its monopoly and ending up with a “continental”-like pile of paper with little to no value. (So concerned were the early leaders of the United States with this issue [they had learned from personal experience] that the U.S. Coinage Act of 1792 instituted the death penalty for anybody found counterfeiting the currency.)

Whether hyperinflation is in the future for the Federal Reserve Note or not, its eventual demise is near certain. Positioning ourselves through preparation and wise financial management to proactively respond to such events on the horizon is wise counsel—should not the same apply to our government?

Last year, Rep. Ron Paul (R-TX) introduced the Free Competition in Currency Act which would, in his words, “allow[] for competing currencies [which would] allow market participants to choose a currency that suits their needs, rather than the needs of the government.” Gold, silver, or any other form of currency would be acceptable, under this proposal, for engaging in commerce.

While we wait for the federal government to do nothing to stem the tide of Federal Reserve Notes that will likely soon capsize our ship of state, states can, like individuals, position themselves to proactively prepare for any problem with the dollar, rather than later be forced to react under troublesome circumstances. Article I Section 10 of the U.S. Constitution says that “No State shall… make any Thing but gold and silver Coin a Tender in Payment of Debts…” Additionally, no power was delegated in the Constitution to allow for the federal government to make anything but gold and silver coin a legal tender for commerce. That this limitation has long been ignored is no excuse for its ongoing abuse.

In the 2011 general legislative session, Utahns will have an opportunity to position themselves and their state on better financial footing by infusing the system with sound money—to the degree that willing participants choose to use either gold or silver as alternative currencies. The Utah Sound Money Act will soon be introduced to initiate this opportunity.

This bill is designed to reinstate gold and silver coin as an optional medium of exchange for use in commerce within the state of Utah. It nullifies legal tender laws for intrastate commerce, recognizing the inherent, inalienable right of individuals to engage in specie-based exchanges with each other on mutually agreeable terms. You can read the bill here (PDF).

The bill goes further. Among other things, it:

On what rational grounds can an idea like this be opposed?

This is not to say that the language or implementation of the bill is perfect. I’ve had the opportunity to review the draft for several weeks and offer input to the author, and I have to say, the bill is fairly solid. Nonetheless, improvements may yet be suggested and incorporated—and that would be a good thing. But considering the state of the dollar, the liberty-suppressing imposition of legal tender laws, and the stranglehold over commerce (interstate or otherwise), this idea is one whose time is come.

Ayn Rand’s quote on gold speaks many truths about our current situation:

Whenever destroyers appear among men, they start by destroying money, for money is men’s protection and the base of a moral existence. Destroyers seize gold and leave to its owners a counterfeit pile of paper. This kills all objective standards and delivers men into the arbitrary power of an arbitrary setter of values. Gold was an objective value, an equivalent of wealth produced. Paper is a mortgage on wealth that does not exist, backed by a gun aimed at those who are expected to produce it. Paper is a check drawn by legal looters upon an account which is not theirs: upon the virtue of the victims.

This bill seeks to impose a protecting shield around those who wish to voluntarily engage in commerce under its provisions by defending against the destroyers whose counterfeiting operations oppose any competition. For the sake of our liberty—even if you have no desire to use gold or silver—this bill should be supported by all Utahns who have the remotest of concerns about preserving our wealth and staving off financial ruin.

You can download the Constitutional Tender Act template here:
http://www.tenthamendmentcenter.com/legislation/constitutional-tender/

Track Constitutional Tender legislation in the states at this link:
http://www.tenthamendmentcenter.com/nullification/constitutional-tender/

Connor Boyack [send him mail] is the state chapter coordinator for the Utah Tenth Amendment Center. He is a web developer, political economist, and budding philanthropist trying to change the world one byte at a time. He lives in Utah with his wife and son.Â Read his blog.