We can rephrase Acton’s observationÂ and apply itÂ toÂ today’s world by saying that the more power we grant to our elected officials, the more corrupt they will be.

In 1994, the republican candidates for the House of Representatives used their “Contract With America” as a campaign tool.Â  In this “contract” 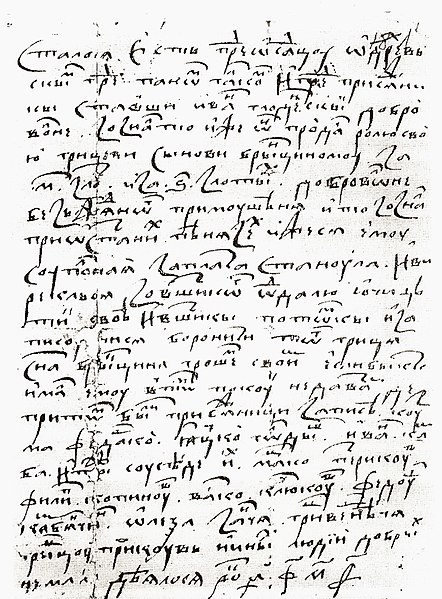 , along with other things, prospective representatives promised to implement these reforms on their first day in office.

Do any of those promises even begin to resemble today’s reality?Â  In a 2000 issue of Forbes Magazine,Â Edward H. Crane,Â President of The Cato Institute declared that the Contract with America had failed.Â  Saying,

Consider: Over the past three years the Republican-controlled Congress has approved discretionary spending that exceeded Bill Clinton’s requests by more than $30 billion.Â  The party that in 1994 would abolish the Department of Education now brags in response to Clinton’s 2000 State of the Union Address that it is outspending the White House when it comes to education. (emphasis added)

The republicans who ran on a limited government platform became the new generation of spenders and central planners.Â  In bothÂ 2000 and 2004, George W. Bush campaign featured promises to reform Social Security by allowing citizens to own their own retirement savings. Saying things like,

We want to allow younger workers to take some of their own money & put it in safe investments so that $1 trillion grows to $3 trillion. The money stays within the system.

If we donâ€™t trust younger workers to manage some of their own money, itâ€™s going to be impossible to bridge the gap without causing huge payroll taxes or major benefit reductions.

So how is your privatized retirement savings accountÂ performing?Â  Instead of privatizing social security, President Bush and the republican congress gave us medicare expansion, the Patriot Act, TARP and a GM bailout (among other things).

From 2006 through 2008,Â Barack H. Obama provided limited governmentÂ rhetoric of a different sort.Â  He promised to close the detainment facility at Guantanamo Bay within a year andÂ to be out of Iraq in 16 months.Â  Then Senator Obama, House Speaker Nancy Pelosi and Senate Leader Harry Reid also railed against the Patriot Act, saying,

â€œThis is legislation that puts our own Justice Department above the law.Â  When National Security Letters are issued, they allow federal agents to conduct any search on any American, no matter how extensive or wide-ranging, without ever going before a judge to prove that the search is necessary.â€

â€œThis is a massive invasion of the privacy of the American people, not just some idle threat.Â  The Washington Post reported last month that the FBI hands out more than 30,000 national security letters per year, a reported hundred-fold increase over historic norms. Â How did this happen?â€

â€œNow, what happens in Las Vegas stays in Las Vegas, but not in this instance.Â  Itâ€™s in some federal data bank. Thatâ€™s what the Patriot Act is doing to the American people. And we have to make sure that big brother doesnâ€™t take over this country.â€

Now, 18 monthsÂ after the people of this countryÂ have entrusted these officials to act upon those words,Â there is still no visible horizon in Iraq;Â we’re still holding detainees in Guantanamo Bay; and the democrat house, senate and president not only didn’t repeal the Patriot Act, but they renewed it!Â  Beyond the Patriot Act, theÂ executive branch of governmentÂ has also claimed the authority to assassinate American Citizens with no involvementÂ from the legislative or judicial branches.Â  Dennis C. Blair, director of national intelligence, testified that,

â€œWe take direct actions against terrorists in the intelligence community, if we think that direct action will involve killing an American, we get specific permission to do that.â€

Where, oh where haveÂ our passionate defenders of civil rights gone?

In his Summary View of the Rights of British America (1774), Thomas Jefferson wrote,

“Single acts of tyranny may be ascribed to the accidental opinion of a day; but a series of oppressions, begun at a distinguished period, and pursued unalterably through every change of ministers, too plainly prove a deliberate and systematical plan of reducing us to slavery.

Have we seen “a series of oppressions, begun at a distinguished period, and pursued unalterably through every change of ministers”?Â  I know my answer.

What has gone wrong?Â  In Federalist 51, James Madison wrote,

But the great security against a gradual concentration of those several powers in the same department consists in giving to those who administer each department the necessary constitutional and personal motives to resist the encroachments of the others.Â  The provision for defense must in this, as in all other cases, be made commensurate to the danger of the attack. Ambition must be made to counteract ambition.Â  The interest of the man must be connected with the constitutional rights of the place. It may be a reflection on human nature, that such devices should be necessary to control the abuses of government.Â  But what is government itself, but the greatest of all reflections on human nature?Â  If men were angels, no government would be necessary.Â  If angels were to govern men, neither external nor internal controls on government would be necessary.Â  In framing a government which is to be administered by men over men, the great difficulty lies in this: you must first enable the government to control the governed; and in the next place oblige it to control itself.Â  A dependence on the people is, no doubt, the primary control on the government; but experience has taught mankind the necessity of auxiliary precautions… (emphasis added)

We have written about incentives here.Â  Unfortunately, today the incentives are wrong.Â  The Seventeenth Amendment has misaligned the interests of our Senators and our state legislators have forgotten their role as one of Madison’s “auxiliary precautions”.Â Â A century of consolidation later, our government has become so powerful that it corrupts nearly everyone who arrives there.Â  Further, we the people have forgotten our own role as the primary control on government.

As the e-mails, blog posts and articles counting down the days to the November elections appear, 100 days, 99 days, 98 days, …., it is important to be consider that November is not the solution to our problems.Â  Remember Lord Acton,

The solution to our problem isÂ not to find the right people and send them toÂ Washington.Â  By all means, vote the bums out, but if that is the end of it, the new crop of bumsÂ (from both parties)Â will forget their limited government rhetoric just as surely as their predecessors did.Â  We have a continued role to play as an informed and active citizenry.Â Â  We must remind our state officials of their duty to protect the Tenth Amendment.Â  We must remain informed about our local, state and national governance, acting when necessary to protect the Ninth and Tenth Amendments.Â  We should focus, especially, on our state and local representatives, since decentralization of power serves their interests and ambitions.

Here in Pennsylvania, we should be encouraging our elected officials to support the following legislation, regardless of who wins in November,

If we are going to set Pennsylvania free,Â November isÂ the beginning, not the end.

Steve Palmer is the State Chapter Coordinator for the Pennsylvania Tenth Amendment Center.