Is Liberty for You?

By: patricktaylor|Published on: Nov 11, 2018|Categories: Liberty

I’m often asked: Why should I hold liberty as a political value?

Why liberty? Is it really that important?

The answer to this questions is self-evident to some, while to others, it remains elusive and hard to understand.  Let’s take a look at some reason’s why you should choose liberty whether you are lean politically to the left or to the right.

Should liberals choose Liberty? The answer is unequivocal yes! Liberals should favor liberty if they would rather have those found with drugs get help rather than be thrown in jail. Those who value liberty see jailing people simply for consuming a substance as a profound evil that needs to be stopped so that those who need help can get help. Drug legalization or decriminalization could hundreds of thousands to be released from jail to have a life again. This alone would allow users to get help rather than fear getting arrested and having their lives ruined. It would also keep the war on drugs from targeting minorities and would help with reducing violence in the inner city as well.

What about conservatives? Of course. If one of the things conservatives are concerned about is the debt crises, then liberty needs to be addressed. It is not conservative to fleece the public to pay for pet projects and massively bloated government bureaucracy. Those who hold liberty as a core political value see that this is theft on a massive scale. It is absolutely wrong to take more taxes than absolutely needed to fund the constitutional responsibilities of government.

Those who favor equality should favor liberty as well. With liberty each person, according to their own conscience, can do what they please so long as they do not harm another person. This means that if two women would like to get married then they can. We should get government out of marriage rather than have it interfering in personal relationships.

If you are concerned about the Constitution then liberty is probably a core value for you. You see it as a bulwark against an encroachment on your rights. It places clear limits on government power and gives us a way to fight back when politicians overreach their authority.

Should liberty be held as a principle for those against war? Yes! War, especially aggressive war, is antithetical to those who value liberty. War is bringing forth those who want power. It destroys civil liberties at home while being despotic abroad. It leads to the death of friends and family members while also destroying the rights of those who are left. War brings about a frenzy that tends to silence those who are against it while labeling them traitorous. This is a dangerous combination for those who value civil liberties and free speech.

Liberty in defense of a nation?  Yes!  Liberty is a bulwark of defense. It allows people to be who they want to be with no repression under the law. It provides the means for people to defend themselves as well as others. This bulwark has served us well and will continue to do so.

What is liberty without economic freedom?  The short answer is not much. Without economic liberty, we can’t truly be free. If we are not free to choose, we are not free at all. We should have the liberty to purchase the birth control of our choice or the weapon of our choice. We know that big corporations purchase Congress, yet we have massive amounts of regulation and fees, and barriers to entry to prevent the little guy from competing. A look at history demonstrates that those who have lobbied for regulation of their own industries did so because regulations thwart upcoming competition who can’t afford the cost. Such regulations prevent ordinary people from starting their own businesses. Why? Because those who are already in business are creating barriers to entry. Simply ask why you need a license or a degree to cut hair or a license to put flowers in a vase and this becomes obvious. Believing in liberty is believing that everybody should have the opportunity to start and operate their own business if they see fit.

Along with economic liberty, comes the ability to give more. If you are concerned about the poor and the downtrodden then you need liberty. It allows for you to have more wealth,  which in turn allows you to be more charitable. If you have more wealth than you are enabled to support the charities of your preference, or give more of your time to them by volunteering. This allows you to act on your morals rather than having your money go to things you may not agree with such as wars or wasteful government programs. With liberty, you can take an active role in your community as you pursue prosperity.

Is liberty for you?

If you believe in peace, tolerance, equality, civil liberties, the Constitution, individualism, and the ability to purchase what you want for yourself, then Liberty is for you. If you value seeing your children grow up to be whomever they choose to be then liberty is for you. Liberty is not a mere ideology, it is a principle, that when held as a core belief allows you to become the person you want to be. It doesn’t ask you to conform, but to simply allow others to act for themselves without coercion. 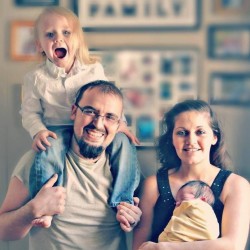