In 1798, when President John Adams and the Federalist Congress passed the Alien and Sedition Acts, many believed them to be a violation of the federal government’s clearly defined powers outlined in the U.S. Constitution. Shortly after its passage, several private citizens critical of the Federalist Party controlled government found themselves charged, indicted, convicted, jailed and fined in federal courts, which by that time were packed with Federalist judges. In response, James Madison and Thomas Jefferson drafted the Virginia and Kentucky Resolutions of 1798, respectively.

Madison’s view that the states have the power to determine the constitutionality of federal laws, as well as openly defy them if necessary, is certainly at odds with the modern day American understanding of U.S. Government. Most people see the role of determining the constitutionality of federal laws as exclusively under the purview of the federal court system. This view, taught in all government schools, fundamentally misunderstands the constitution as it was ratified by the states. The founders, as evidenced by the 9th and 10th amendments, viewed the states as a final check on the power of the three branches of federal government.

Madison wrote, “the “Alien and Sedition Acts” passed at the last session of Congress; the first of which exercises a power no where delegated to the federal government, and which by uniting legislative and judicial powers to those of executive, subverts the general principles of free government.” (Emphasis mine.)

Madison rightly saw that the tendency of the federal government to join together and expand power at the direct expense of the states was “inevitable” and would eventually lead to back to monarchy. The independent states offered the best defense against such an expansion of federal power.

In the Kentucky Resolutions, Thomas Jefferson echoes Madison’s concerns over the consolidation and expansion of federal power. He writes, “the general government is the exclusive judge of the extent of the powers delegated to it, stop nothing short of despotism; since the discretion of those who administer the government, and not the constitution, would be the measure of their powers.”

Jefferson understood that federal courts would ultimately side with the federal government in matters of its authority, but even Jefferson couldn’t have imagined how prescient his words have become.

What the Virginia and Kentucky Resolutions show is that the struggle over the size and scope of the central government is nothing new in American political culture. In fact, it is the struggle that defined the revolutionary period and the creation of the United States. Unfortunately, those who have argued against increased federal power have long been on the losing side. While the states have largely been content to trade their sovereignty and independence for federal tax dollars, the words of Madison and Jefferson should serve as a wake-up call to anyone who believes in self-determination and individual liberty. 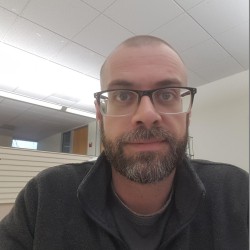 Ray Lass
Hi everyone! I'm Ray. My interests include: politics, history, economics, and culture. I have a B.A. in Political Science and an M.S. in Accounting. I reside in the Phoenix metro area with my wife and kids.